Marijuana Levels In The Body: How Long Will It Stay In Your System After Inhaling or Ingesting It 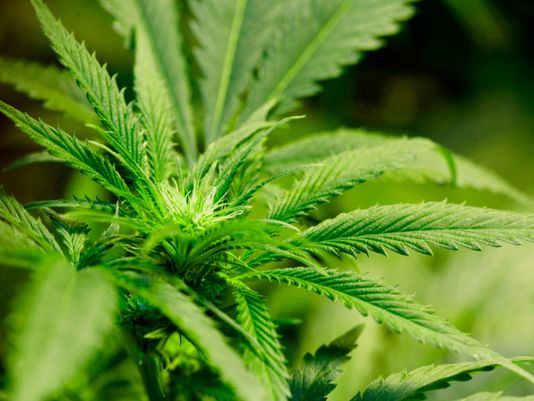 When marijuana users are asked to submit to a drug test, they worry. And, for a good reason! Marijuana can be detected for days or weeks after it’s last been used. Of course, how long it stays in the system will depend on two key things:

The most common way a person is tested for marijuana use is a urine test. However, it’s not uncommon for blood tests to be used, especially when a person is suspected of driving under the influence. Blood tests will measure the level of active THC, and it can only detect recent use of marijuana.

Urine tests, however, will measure THC metabolites levels. Metabolites are the compounds that occur from the THC breakdown like THC-COOH. These stay longer in the body and are a big risk to people who need to be tested.

A 2007 study from the National Institute on Drug Abuse briefly laid out the findings of another research on THC absorption and elimination and how it was linked to marijuana use.

Most people, when using marijuana, will smoke it. It’s also the quickest way to absorb THC. The moment THC is identified is after the first gasp of its smoke. THC blood levels can hit within nine minutes before patients take their last puff.

It would seem patients can control their individual doses with variations on how deep they breathe in, the amount of THC in the blood declined to 60 percent at a 15-minute peak after the final inhale and 20 percent at 30 minutes. By the time two hours had passed, THC levels dropped to under five ng/ml.

It took up to 12 hours for the THC levels to drop below the 0.5 detection limits for the group who rarely used and up to 27 hours for the group that smokes a lot of marijuana. According to the study, the people participating had not been smoking marijuana regularly before the study, which could explain why THC levels dropped so fast.  Read More at How Long Does THC Stay in Your Blood

Studies that included dronabinol and hemp oils were found to have THC blood levels under the detection limits 25 hours after the inhalation. However, THC-COOH still measured for over 50 hours after a person last ingested the marijuana.

A Look At THC Absorption

Since marijuana can quickly distribute into the tissues and metabolize in the liver, the blood concentration of THC rapidly drop after you smoke the marijuana. What is THC? It’s a fat-soluble molecule and is first absorbed by the brain, heart, liver and lungs.

THC and metabolites stay longer in the body’s organs than in the blood. According to several studies, THC is seen in fat tissues, usually up to four weeks.  Read More – How Long Does Weed Stay In Your Blood

Metabolization and Elimination Of THC

The liver is the primary metabolizer of THC. However, the brain, lungs and intestines are also metabolizers of the drug. According to studies, up to 90 percent of THC is gone from the body within five days – 65 percent of it is lost through poop and another 20 percent through urine.

Still, another study noted THC could stay above the detection limit of regular users for nearly a month after a person quits – this is usually dependent upon each person.

THC In Your Urine

THC is not active in urine samples. Instead, it’s seen as metabolite THC-COOH. Urine test results can vary from one person to the next (this includes controlled lab settings).

New or infrequent marijuana users have a detection window of just two days. Regular users have detection lasts that can last up to 46 consecutive days after marijuana has been ingested. Heavy cannabis users can test positive for marijuana for approximately 10 years after the last marijuana exposure.

What Do The Findings Mean About Positive and Negative Marijuana Readings

In reality, there’s no way to know for sure how long your system will have detectable levels of marijuana. There are an array of factors that go into it like: