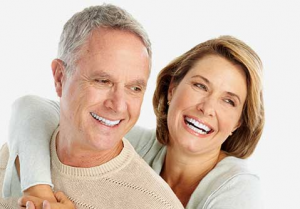 In 2010, low-intensity shockwave therapy was proposed for the treatment of erectile dysfunction, or ED. These early studies showed that this type of treatment could provide some relief, but the frequency of treatment combined with ideal energy levels are debatable.

During a recent Sunday morning plenary session moderated by the Director and assistant professor of Reproductive Urology at the University of Miami, Ranjith Ramasamy, MD, along with several experts, gave a short presentation about several different ED treatments including penile implants, intraurethral suppositories, intracevernosal injections, vacuum erection devices, and PDE5-i (PDE5 inhibitors). Dr. Ramasamy goes on to explain that the treatments have been shown to improve ED without having to treat its underlying pathophysiology. The problem with this is that only the symptoms are being treated. It is still currently unknown if the penis can actually be healed.

He explains why shockwave therapy is currently being explored despite the fact that there are a variety of other options for treating ED. Pills are one such treatment he mentions; however, they’re not for everyone as they are contraindicated for people who have trouble climbing stairs. Also, around 30% of people receive little benefit from the pills, while half stop therapy altogether. Of course, research is ongoing for additional therapies.

The underlying pathophysiology of ED remains unchanged, as traditional therapies only treat the symptoms. They don’t cure ED.

Shockwave therapy, according to Dr. Goldstein, introduces an entirely new form of disease adjustment to ED treatment. While men can continue to take pills to alleviate their symptoms, they will continue to have the same problems with their penis as the effects only last several hours. With shockwave therapy, it is hoped that the overall health of the penile tissue will change. Pathology reversal cannot be addressed with implants, injections, or pills the same way low-intensity shockwaves can.

The FDA has yet to approve shockwave therapy for ED, but Dr. Goldstein is undergoing clinical trials that he hopes may change this in the future.

He thinks that there is enough positive clinical data that supports shockwave therapy to treat ED. Currently, he’s participating in a double-blind, randomized open-label extension controlled by placebos, which is an extension of a previous pilot study. He and his colleagues believe this type of therapy will revolutionize medicine, and he’s hopeful that the data that’s presented will convince the FDA to approve the treatment.

A professor and the Vice Chair of Urology at the University of California in San Francisco, Tom Lue, MD, has some opposing views about shockwave therapy. He feels there are still a lot of unanswered questions regarding long-term effects, the frequency of treatment, and the optimal energy range that must be answered before traditional treatments are abandoned entirely.

Energy level, according to Dr. Lue, is extremely important in shockwave therapy. A person could receive beneficial effects from the treatment at a certain level; however, if the shockwaves are intensified, the results may become less effective over time. According to a study in 2008 that was performed on animals, they became impotent to the shockwaves and developed fibrosis. Unless the ideal energy level is known and the biologic effects can be calculated, it may actually do more harm to the patient than good.