It’s a general rule in life that at some point there will be aches and pains that we have to deal with, but if the pain is caused by an autoimmune disorder such as MS, Lupus, or Type 1 Diabetes, you can’t just take a pain reliever and call it done. But there is hope for those who live with autoimmune disorders because cannabis has been helping folks with these and other conditions, giving them a chance to enjoy life without constant pain.

What Are Autoimmune Disorders? 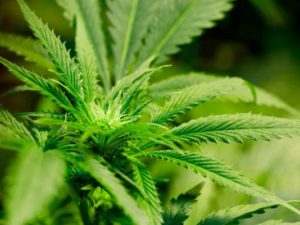 An autoimmune disorder is a disease that makes someone’s immune system attack itself. While the immune system’s primary function is to seek out illnesses and viruses and unleash an attack to protect the body, the immune system of a person with one of these disorders actually attacks perfectly healthy cells, unable to tell the difference between them and the invaders. This antibody attack targets organs, joints, and even the skin.

Scientists cannot seem to figure out what causes this phenomenon, which can cause swelling, stiffness of joints, redness, heat, and just overall chaos inside and out. The lack of understanding of these disorders means that there are no cures for them, and treatment options are extremely limited.

The Treatment of Autoimmune Diseases

The main treatment options for autoimmune disorders are anti-inflammatory medications. There are some that also recommend using an immunosuppressant medication, which either suppresses the immune system or shuts it down entirely.

However, these treatments end up carrying along a mixed bag of undesirable side effects, and it’s not always the best idea to turn off the immune system. This has created the need for more, better treatment options, and many of those suffering with these debilitating disorders have found relief with cannabis.

Some of those who suffer with autoimmune diseases have found that using cannabis has helped to relieve some of their worst symptoms with pain management only being part of it. Scientific studies are shedding more light on the fact that cannabis doesn’t just relieve symptoms, but rather interacts with the immune cells through the endocannabinoid system, also known as the ECS.

Immune cells contain CB1 and CB2 receptors, and the cannabinoids in cannabis actually interact with both of these ECS receptors, making it an important factor in the regulation of the way the immune system works.

Although more research is needed in order to fully comprehend the role that cannabis can play in the treatment of autoimmune disorders, what we know as of right now gives a lot of hope for the future. A study from Hebrew University says that mice treated with CBD have joint health that has been improved by 50 percent, which shows that those suffering with rheumatoid arthritis can greatly benefit from CBD.

How Cannabis Works Against Inflammation

Autoimmune disorders often have one common characteristic, which is inflammation. When your body becomes ill or has been injured, this causes a chemical reaction to cause inflammation where more cells are congregated in order to heal you faster. This is helpful for a short-term, but those who have to deal with chronic inflammation are often in a lot of pain and are extremely uncomfortable. Cannabis is a strong anti-inflammatory that works quickly to ease this inflammation.

CBD and THC are the best hopes of treating autoimmune inflammation. With CBD’s powerful anti-inflammatory properties and the immunosuppressive properties of THC, an overactive immune system response can be almost instantly calmed.

Knowing what we know about the endocannabinoid system has given us an edge when it comes to developing future autoimmune disorder treatments and how cannabis can help to bring some normalcy back to those who suffer from these diseases.